You are here: Home / Archives for dealing with fear 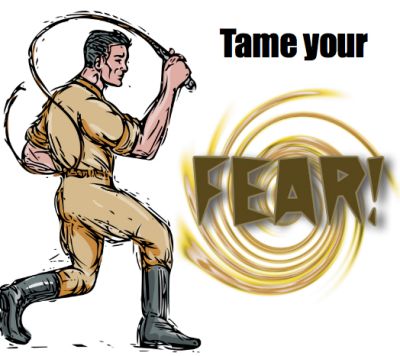 You can never eliminate fear.  But you CAN tame it!
Really, your choice is between feeding and growing your fear, or taming it.  The first will only chase you further into a cave.  The second option, taming it, leads you to what is most important to you.

When your fear is fed and grows, you grow smaller.

When your fear is tamed, you grow larger — into a larger life, with greater impact, deeper meaning, and more purpose.

There are 4 steps to taming your fear, once you name it.  Here they are:

Learn how to move through these steps and discover your larger life! 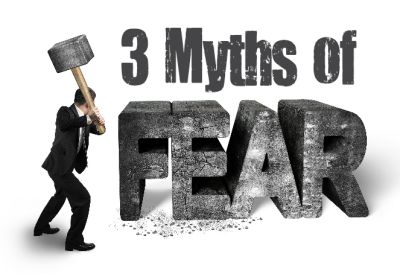 Fear.  Does it get in your way?  Do you believe the myths of fear?

Those myths keep you stuck.  Fear becomes the jailor of your life, not the friend it pretends to be.

If you want to get to the other side of fear, you need to know the myths of fear.  Let’s talk about the 3 big ones in this week’s Thriveology Podcast.

Will you get rid of your fears?  No.  But that isn’t the goal, and isn’t even necessary.

It IS necessary to understand the myths, and then move beyond the fears the the life you want and deserve. 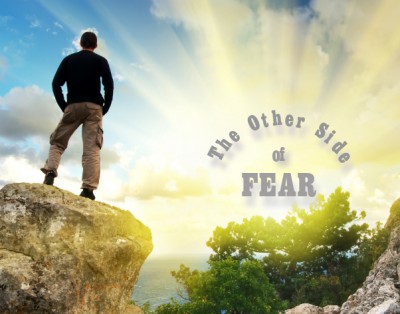 We start a new series for Thriveology Podcast:  The Other Side of Fear.

Over the years, countless clients have said the same thing.  First, they would tell me of some dream, some goal, some hope, they wanted to attain.  I would then ask, “Why haven’t you started?”

And the answer was always the same, “I’m too scared to start.”

They wanted to stop feeling fear.

My goal was a bit different.  It was to get them to be able to say, “I’m scared, AND I am getting started.”

Fear.  It is one of those inevitables of life.  Many people assume that there is some group of people out there who are successful BECAUSE they have no fear.  In reality, successful people have gotten there DESPITE their fears.

They have the same fears that everyone does.  They have simply taken the next step, and begun to act.

Let’s take a look at the other side of fear, where all your dreams are! 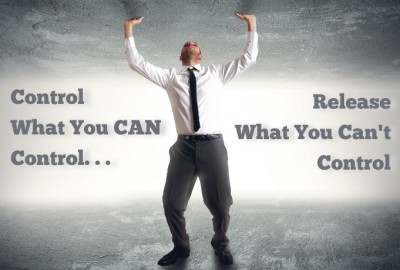 We spend lots of time trying to control our Fears, Feelings, and Thoughts.  But, we can’t.  We can decide how long they will keep us stuck, but we just can’t stop them from popping up.  And yet, we spend LOTS of energy trying to avoid them.

Why not spend your time on what you CAN control?

You do have a choice about your Aspirations, Attitude, and Actions.  Focus there.

Let go of the things you can’t control and then choose to control what you CAN control.

Listen below for details. 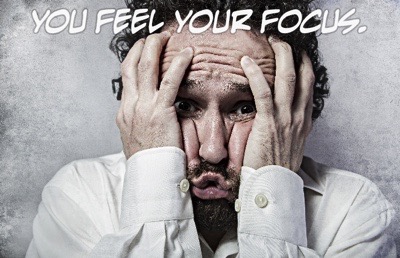 What is your focus?

Do you focus on the threats and dangers, the “what’s wrong” of life?

It is seductive.  The “news” surrounds us with stories that can lead you to believe we are in danger at every turn.

The “self-help” world tells us all the things that are “wrong” with us.

And our brain latches on to those messages.  Our brain gets sucked into the fears and threats.

So why do we seem to miss all that is “right,” going well, and good?

The “Amygdala Hijack” is to blame.

Unless we choose our focus, we will become focused on the fearful, the dangerous, the threatening.

And we will miss the beautiful, the hopeful, the meaningful, and the inspirational.

Let’s talk about how you limit your exposure.  Let me tell you about 5 ways to take back your brain and your mind from the Amygdala Hijack. 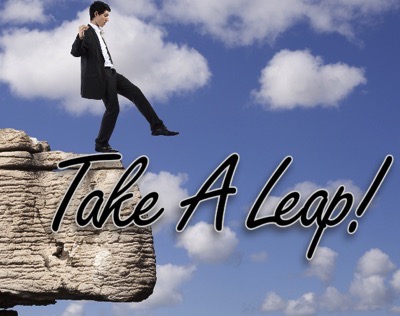 I thought we were doing well.  The conference was going well.  I thought the participants were happy.

But sometimes, you can tell by the expression. . . .

I saw her headed toward me, red-faced and determined.  I turned to face her, and with a big grin, asked, “How can I help you?”

She stuck her finger in my face and proclaimed, “YOU CAN GO TAKE A LEAP!”

With that, she turned and stormed out.

For a few moments, I was in shock, not quite sure what to do with that.

We think fear is our friend.  We listen to fear.  Whenever we feel fear, we are tempted to believe we should stop, retreat, and be safe.

Whenever we feel fear, it is telling us something is important.  What we do with that is up to us.

Today, I explore how to make fear your Importance Detector. 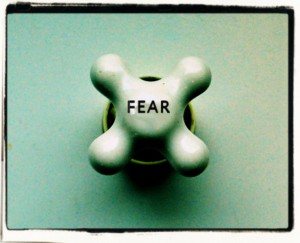 Fear isn’t something you can just turn on or off.  It is a fact of life.

The only real question is how much fear is going to run your life.  Unfortunately, fear is pretty good at acting like a friend, pretending to protect you.

Instead, fear just keeps you playing smaller than you should.  Fear keeps you from giving the world all that you have.

Oh, and here is the interesting thing:  the bigger that task, the bigger the fear.  The more important it is to you, the more you will feel the fear.  And the more the fear will pretend to protect.

Join me in this podcast as we explore the ways that fear holds us back. . . and what to do about it!

Let me know what you think.  Leave me your thoughts in the comments area below — and spread the word!

Fear:  it is not just a figment of our imaginations.  Sometimes, we need to be afraid.

But the need to be afraid, the reaction to a very real threat, is much less common than when our irrational, existential fears kick in.  When that happens, we live small.

In today’s podcast, we take a look at what happens when fear rules our day.  We look at the roots of the conflict.  Are we predator?  Are we prey?  Because we are both, we are left with some remnants of fear avoidance.

That little voice whispering for you to play small, to not take action, to not pursue a life you crave?  That is fear talking.  Fear is pretending to be your friend.  But your fear is betraying you and keeping you stuck.

Learn how to identify the fear for what it is and take action to limit fear in your life.

Let me know what you think in the comments area below!

“It’s never too late to be what you might have been.” — George Elliot

this is one of my favorite quotes.  He reminds me that we are never finished developing into who we want to be.  Who we are becoming is a constantly changing and developing piece.  We are always growing, changing, and becoming more and more of who we are.

Were reading about how Michelangelo talked about his creating a sculpture.  He said that he looked at the rock,  decided what was in it, then chipped everything else away.  In other words, he was looking to see what the rock was supposed to be.  That’s what we do.  We are constantly seeking to find what we are supposed to be.  Then our job is to get rid of everything else.

We grow up becoming who others want us to be.  Then one day we look around, realize that the path we have been on has not been ours, and we have to make a decision.  We have to decide whether we will continue following someone else’s path or whether we will start our own path.  Sometimes, people decide that it’s too late in life to change paths.  Too bad.  When we realize that we were on the wrong path, then we have a chance to take the right path.

It’s never too late to be what you might have been.  Decide if you are on the path you want to be on, or if it’s time to change paths.

OK, let me say just a bit more:  “Mistakes don’t matter.  How you deal with them does.”  You see, we often get so caught up in fearing that we will make a mistake that we don’t stretch.

We stop ourselves before we even begin, or we freeze up in the midst of trying, all because we might make a mistake.  But that really is the nature of life.  We make mistakes, pick ourselves up, learn from the mistake, then move on.

Well, that SHOULD be the rhythm of life.  In fact, when we don’t live that way, we have trapped ouselves into what Carol Dweck refers to as a “fixed mindset.”

Dweck distinguishes between the fixed mindset that refers to our expectations that we have innate skills, natural abilities.  A mistake would seem to be an indication that we lack in skills or ability from this frame.  So, for instance, a child is told that she is a “natural athlete.”  As time goes on, the child fears that she cannot live up to that, so she either quits trying or constantly works to prove others right.  In either case, she comes to fear making a mistake.

The “growth mindset,” on the other hand, is the (correct) belief that we are all growing, developing individual capable of learning new skills and ideas.  In that frame, a mistake is just part of the process of learning.  In fact, mistakes may be one of the best ways of learning!

I help teach SCUBA classes.  In the beginning, I ran around trying to make sure the students made no mistakes.  Then the instructor pointed out that the students needed to make these mistakes in our controlled environment, so that they did not make them when it mattered.  I broke myself (mostly) of that habit, and instead turned to the idea of helping the students learn and recover from the mistakes.  I believe they are much better divers now.

As Wayne Gretzky said, “You miss 100% of the shots you never take.” Start taking the shots!  Make some mistakes, then decide what to do about them!